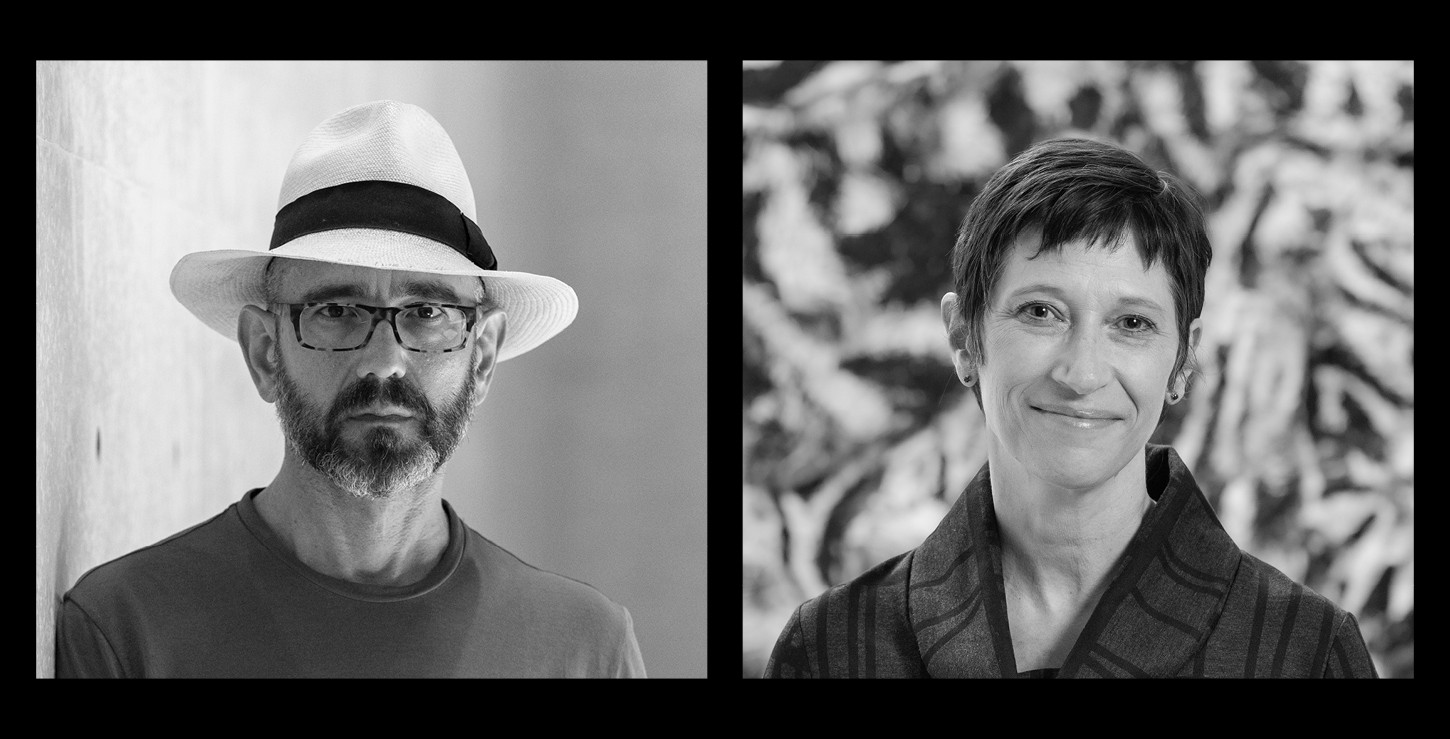 (Philadelphia, December 15, 2022)— Sasha Suda, the George D. Widener Director and CEO of the Philadelphia Museum of Art, announced today the appointment of Carlos Basualdo as the museum’s Marion Boulton “Kippy” Stroud Deputy Director and Chief Curator and of Jessica Todd Smith as Director of Curatorial Initiatives and the Susan Gray Detweiler Curator of American Art, effective immediately. Each is a seasoned curator and experienced administrator promoted from within the ranks of a talented curatorial staff. Basualdo has served as the Keith L. and Katherine Sachs Senior Curator of Contemporary Art since 2005 and becomes the first-ever Chief Curator of the museum. Smith has served as the Susan Gray Detweiler Curator of American Art since 2016.

“The Philadelphia Museum of Art is at a critical moment as it considers the growth of its collections and its future programs,” stated Sasha Suda. “Carlos Basualdo has a significant global profile and will deepen our international partnerships with artists, museums, and collectors.  In this role, he will lead the museum’s publishing program, library and archives and curatorial teams to maximize its program. Jessica Todd Smith is a proven curatorial leader whose thoughtful perspective coupled with her deep interest in audience engagement will lead a new approach to curatorial practice at the PMA.”

Suda added, “We are grateful to the Kippy Stroud Foundation for making an extraordinarily generous gift to endow the chief curator position in memory of Stroud, who was founder of The Fabric Workshop and Museum in Philadelphia and a longstanding Trustee of this museum.”

Basualdo currently leads a department that has generated a broad range of exhibitions over the years. He has curated many major exhibitions for the museum, including Bruce Nauman: Topological Gardens in the US Pavilion at the 2009 Venice Biennale, which received the Golden Lion for Best National Participation; Dancing Around the Bride, an innovative presentation in collaboration with Erica Battle in 2012, exploring the legacy of Marcel Duchamp and including live performances of music and dance; Barbara Chase Riboud: The Malcolm X Series, in 2014; and Jasper Johns: Mind/Mirror in 2021-22, the most comprehensive exhibition of the iconic US artist to date, co-curated with Scott Rothkopf and co-organized with the Whitney Museum of American Art.

Under his leadership, the curators in the Department of Contemporary art have worked closely with Philadelphia artists in such exhibitions as Philadelphia Assembled (2017) and New Grit (2021). In partnership with the Fondazione Sandretto Re Rebaudengo in Turin, the contemporary department launched the Future Fields Commission in Time-Based Media in 2017, which has led to important projects with new generation talents including Rachel Rose and Martine Syms.

Basualdo has been instrumental in many important acquisitions, such as the transformative promised gift of the Keith L. and Katherine Sachs Collection in 2014, including Jasper Johns, Louise Bourgeois, Ellsworth Kelly, Francis Alys, Yael Bartana, Steve McQueen; a group of five sculptures by Cy Twombly gifted by the Cy Twombly Foundation; new media works from the collection of Peter and Mari Shaw, including artist such as Fikret Atay, Anri Sala, Marepe and Melik Ohanian; and a transformative gift of drawings in 1999 by the Italian artist Giuseppe Penone, which is the subject of the current exhibition River of Forms: Giuseppe Penone Drawings.

Prior to his arrival in Philadelphia, he served as curator for Tropicalia: A Revolution in Brazilian Culture (1967-1972), which was seen at the Museum of Contemporary Art, Chicago in 2005 before traveling to the Barbican Centre, London, and Museu de Arte Moderna, Rio de Janeiro. In 1999, he curated Untitled: The Public Works of Felix Gonzalez-Torres, seen at the Biblioteca Luis Angel Arango, Bogotá, Colombia, Museo Alejandro Otero, Caracas, and Museu de Arte Moderna, São Paolo.

Born in Argentina, he was a 2013 Fellow at the Center for Curatorial Leadership, New York.

“It is a great joy and a true honor for me to have an opportunity to serve the Philadelphia Museum of Art as Marion Boulton ’Kippy’ Stroud Deputy Director and Chief Curator,” commented Basualdo. “I am thrilled at the prospect of working closely with Sasha Suda, and with Jessica Smith, in my new capacity. Like many in the city and beyond, I admired Kippy Stroud for everything she did for the arts, as a true advocate for the local audience, for diversity, and for artists across generations and disciplines. I am both proud and thankful for having been asked to carry that legacy forward.”

As the Susan Gray Detweiler Curator of American Art and Manager of the Center for American Art at the Philadelphia Museum of Art, Jessica Smith has been responsible for American painting and sculpture made between 1900 and 1960. She has curated Elegy: Lament in the 20th Century (2022); Painting Identity (2021); Herbert Ferber: Form into Space with Timothy Rub (2019-2022); Horace Pippin: From War to Peace (2019); and Modern Times: American Art 1910−1950 (2018), which was accompanied by the publication American Modernism: Highlights from the Philadelphia Museum of Art.

Before arriving in Philadelphia, Smith was the Virginia Steele Scott Chief Curator of American Art at The Huntington Library, Art Museum, and Botanical Gardens, in San Marino, California, where she worked on three expansions of the American galleries and numerous exhibitions including Three Fragments of a Lost Tale: Sculpture and Story by John Frame (2011), Pressed in Time: American Prints 1905-1950 (2007), and Edward Weston: A Legacy (2003), all accompanied by publications. She also wrote American Made: Highlights from the Huntington’s Art Collections (2014), the first book to focus on American art at the Huntington.

Smith said: “I am impressed by Sasha’s energy and openness, her ideas about museums today, and her willingness to roll up her sleeves and get to work on creating a new future for the Philadelphia Museum of Art. I look forward to working with her, with Carlos, and with all of my extraordinary curatorial colleagues as we think through evolving perspectives on the arts in general and on our programs in particular.”

Marion Boulton “Kippy” Stroud (1939-2015) was a curator, author, museum director, and a Trustee of the Philadelphia Museum of Art for 38 years, until her passing in 2015.  She was the daughter of Dr. Morris Wistar Stroud III and Marion Sims Rosengarten and was married to Clinton Darlington Swingle until his passing in 2013.  Kippy was perhaps best known for founding The Fabric Workshop and Museum in Philadelphia in 1977 as a studio where artists were invited to participate “without any preconceived notions of what they had to do.” Early in her career, Kippy was the first director of Prints in Progress, a program to bring together practicing artists and children through printmaking, which inspired her founding of The Fabric Workshop and Museum. She was also the founder of the international artist think tank, the Arcadia Summer Arts Program (commonly called “Camp Kippy”), on Mount Desert Island, Maine. Her personal art collection contained approximately 1,500 works of art, including pieces by Georgia O’Keefe, Andy Warhol, Marcel Duchamp, and others.  Kippy had a long history with the Philadelphia Museum of Art starting with her first job as director of art sales and rentals. Kippy was the long-standing chair of the Prints, Drawings, and Photographs Committee, and served on several other committees at the museum including African American Collections, Architecture and Facilities, Collections, Contemporary Art, and Costume and Textiles.  The Stroud Gallery and the Swingle Director’s Discretionary Fund are named in her honor.