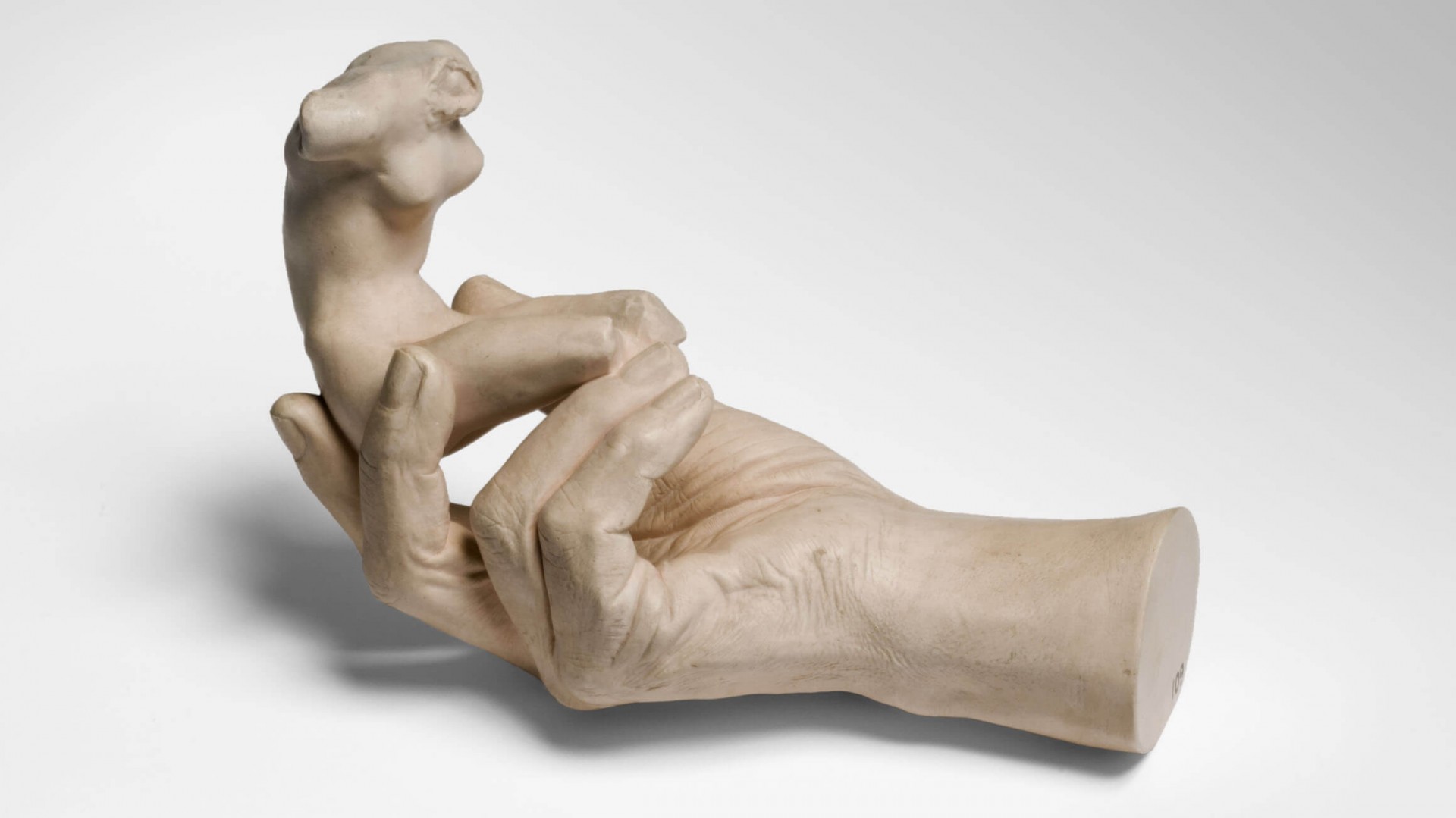 On Friday, February 4, the Rodin Museum is reopening with a new installation that focuses on Auguste Rodin’s expressive sculptures of hands. The focused grouping brings together fifteen bronzes and plasters, including works that are rare or unique to the museum’s collection, some of which are recognizable as studies for hands that animate his large and renowned public monuments. This is the first reinstallation at the Rodin Museum in three years and opens a window into the artist’s creative practice.

Jennifer Thompson, the Gloria and Jack Drosdick Curator of European Painting and Sculpture and Curator of the John G. Johnson Collection and the Rodin Museum said: “Rodin’s sculptures of hands offer useful ways of understanding his practice and how he used this part of the body to convey emotion and tell stories. The works featured in the central gallery invite us to consider how the artist’s sculptures of hands—whether part of a larger whole or standing alone—evoke movement, sensation, and powerful emotion all on their own.”

For French artist and sculptor Auguste Rodin (1840–1917), rendering realistic details of the human hand was as telling as registering a dramatic expression on a figure’s face. Highlights of the new installation include The Cathedral (modelled in 1908, cast in bronze in 1925) that depicts two right hands whose fingertips are interlocked. Slightly larger in size and installed close by, The Secret (modeled in clay 1910 and cast in bronze in 1925) is a striking companion piece to Cathedral in which an unidentified object separates two palms and the fingertips are close enough to touch but not meet. Unique to the Rodin Museum is the bronze of Two Hands (modeled in clay 1904, cast in bronze 1925). The plaster model for this work is held by the Musée Rodin in Paris and is inscribed: “Hands of Rodin and Rose Beuret,” suggesting that the clasped hands are those of the artist and his longtime partner, who became his wife very late in life.

The installation expands upon the idea that Rodin reused, reoriented, and repurposed hands across his oeuvre as manifested in his monumental bronzes such as The Burghers of Calais, a group of figures that can be seen in the garden on the east side of the Rodin Museum. In The Hand of God (modeled 1898, cast in bronze 1925), a hand emerges from a solid form to cradle a rock from which male and female figures rise. With its open palm and outstretched index finger, it is identical to a right hand that appears twice in The Burghers of Calais: once on the figure of Pierre de Wissant, who raises it to his face in a gesture of offering, and again on Pierre’s brother Jacques de Wissant, who conveys a sense of doubt in an exceptionally poignant gesture.

The Clenched Hand (modeled 1885, cast in bronze 1925) and The Left Hand (modeled in clay around 1885, cast in bronze 1925), offer further meditation on the hands that evoke such drama in The Burgers. Many believe that Rodin conceived both of these works as studies for The Burghers, but ultimately decided that they appeared too animated to use for the solemn work. Notably, Stanford University scientists have proposed that the person who modeled for The Clenched Hand must have suffered from Charcot-Marie-Tooth disease, a nerve disorder that causes muscle contractions. It is known that Rodin studied medical specimens at the Dupuytren Museum in Paris, named for the anatomist and surgeon Guillaume Dupuytren (French, 1777–1835) who is best known today for his description of Dupuytren's Contracture, a form of rheumatoid arthritis that attacks the hands.

Hand of Rodin Holding a Torso (cast in plaster, 1917), is prominently placed in the new installation. Shortly before Rodin’s death in November 1917, his assistant Paul Cruet made a life cast of the artist’s right hand and placed into it a female torso, in miniature, by Rodin, one of the many plaster fragments in Rodin’s Paris studio.

The Rodin Museum remains closed through the month of January while the reinstallation is underway. It opens to the public once again on February 4, 2022.

Curator
Jennifer Thompson, the Gloria and Jack Drosdick Curator of European Painting and Sculpture and Curator of the John G. Johnson Collection and the Rodin Museum