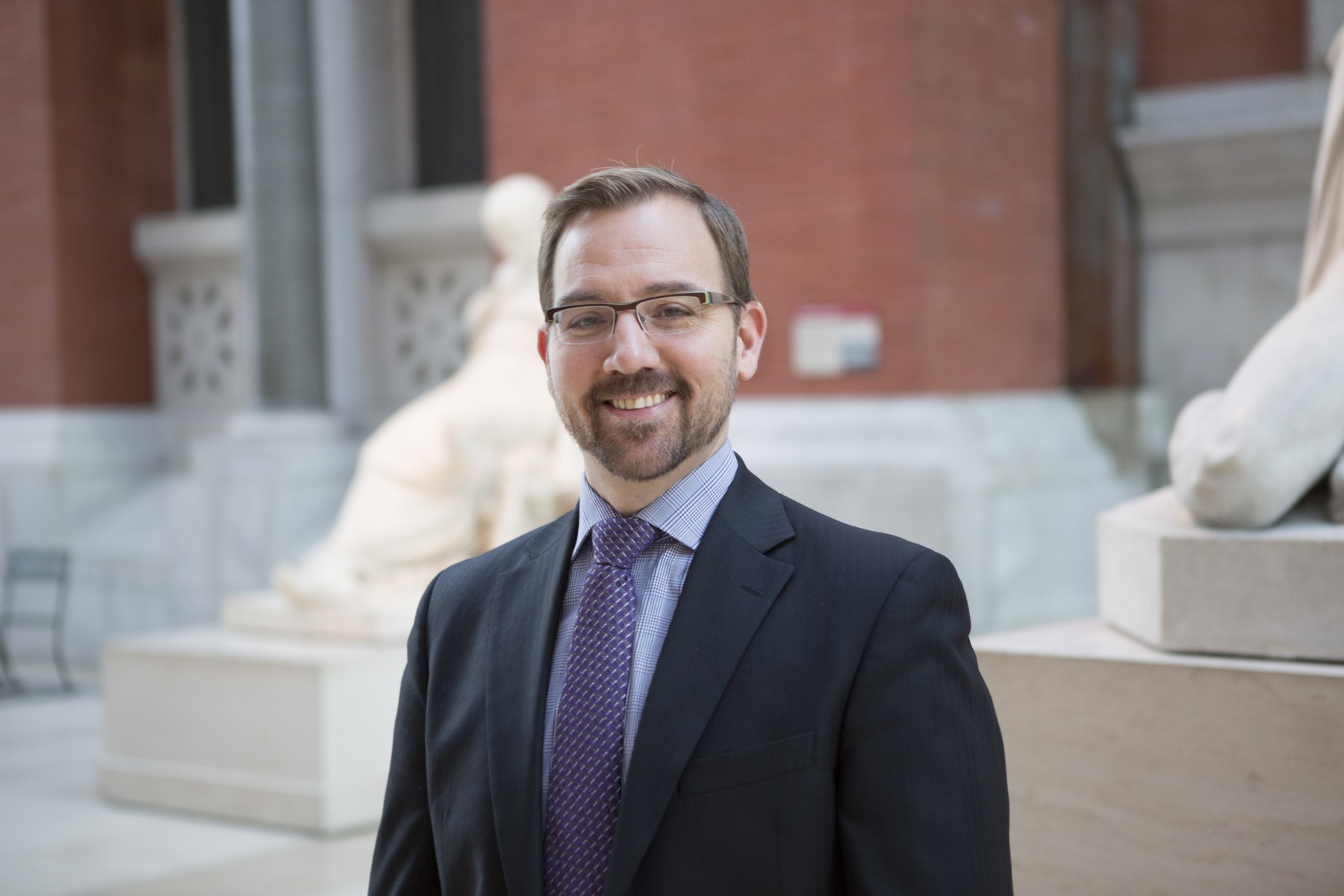 Jeffrey N. Blair, General Counsel and Assistant Secretary
Important: By downloading this image, you are agreeing to the following permissions: Images are provided exclusively to the press, and only for purposes of publicity for the duration of an exhibition at the PMA. The Museum grants permission to use images only to the extent of its ownership rights relating to those images--the responsibility for any additional permissions remains solely with the party reproducing the images. In addition, the images must be accompanied by the credit line and any copyright information as it appears above, and the party reproducing the images must not distort or mutilate the images.

The Philadelphia Museum of Art announced today the appointment of Jeffrey N. Blair to the position of General Counsel and Assistant Secretary, effective February 22, 2016. Currently serving as Assistant Secretary and Senior Associate Counsel at The Metropolitan Museum of Art in New York, where he has been a member of the legal team since 2003, he will succeed Lawrence Berger, who has announced his retirement. In his new role, Mr. Blair will advise the Museum’s Director, President, and Board of Trustees on legal issues of major importance to the Museum’s policies, programs, and operations.

Gail Harrity, the Museum’s President and COO, to whom Mr. Blair will report, stated: “We are delighted to welcome Jeffrey to Philadelphia. He comes with legal experience in the private sector and exceptional knowledge of issues relating to art museums, including capital projects, regulatory, governance, and fundraising matters. I am also delighted that Larry Berger, who has admirably served as General Counsel for ten years, has agreed to remain as Secretary of the Board in the months to come to ensure a smooth transition.”

Mr. Blair stated: “The opportunity to join the exceptionally talented staff of the Philadelphia Museum of Art as General Counsel is indeed an honor. I have had the privilege of advising the Metropolitan for the past twelve years and am delighted to undertake this role at another historic, venerable, and vital cultural institution. The Philadelphia Museum of Art’s collections, programming, and civic engagement are superb. I am elated by the invitation to join the Director, the President, and the Board of Trustees in the continued implementation of the Museum’s exciting initiatives and look forward to joining the team."

Among Mr. Blair’s many accomplishments at the Metropolitan, he led its team in negotiations with the Whitney Museum of American Art to finalize an agreement in which the Metropolitan will program the Whitney’s landmark building designed by Marcel Breuer. He drafted and negotiated agreements with artists for site-specific commissions, including complex installations on its roof garden such as Doug and Mike Starn’s Big Bambú and Tomas Saraceno’s Cloud City. He also managed legal issues relating to the capital construction program, including the renovation and opening of permanent galleries for the costume collections, the reconstruction of the American galleries, and the redesign and reconstruction of the public plaza in front of the museum’s main building.

Prior to his museum career, Mr. Blair worked for the International Finance Corporation in Washington D.C., where he focused on infrastructure development projects in emerging markets in countries such as Kenya, Morocco, India, Uruguay, Brazil, and Vietnam. He also served as an associate in the Corporate and Project Finance Departments in the firm of Chadbourne & Parke LLP in New York. Mr. Blair received his J.D. from the New York University School of Law and holds a bachelor’s degree in Spanish and International Politics from Emory University.

The appointment concludes a nationwide search.