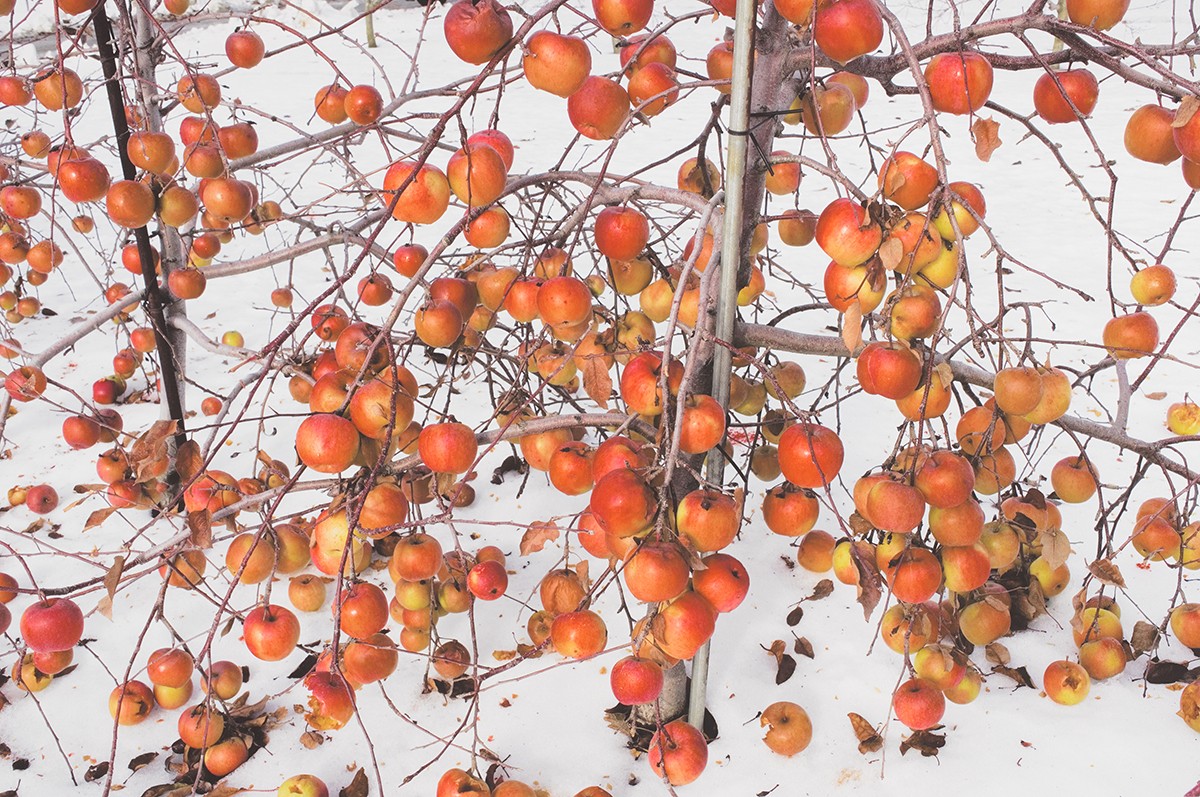 In October, the Philadelphia Museum of Art will present an exhibition dedicated to the late Richard Benson, who is most often celebrated as a virtuoso printer and gifted teacher and is perhaps best known for helping produce some of the most significant photography books of the past fifty years. The World Is Smarter Than You Are is the first in-depth survey of Benson’s own photography. This exhibition includes around 100 works that convey his pathfinding exploration of photographic processes, his embrace of technologies old and new, and his deep empathy for his human subjects and the objects and environments they have built. It celebrates an important promised gift of Benson’s art, assembled by the artist and offered to the museum by his close friends, collectors William H. and Elizabeth Ann Kahane. It is accompanied by a major publication of the same title.

Including prints from the late 1960s until shortly before Benson’s death in 2017, the exhibition traces his quest for the perfect print. This reflects both his abiding interest in improving traditional photo-making methods as well as his gradual embrace of digital photography and experiments in printing that yielded new directions for his artistic craft. It also explores his philosophical musings and writings, teaching materials and work as a printer, underscoring the deep connections between his intellectual, technical, and creative pursuits.

Benson’s interest in photography began with utilizing this medium to document examples of fine craftsmanship and technological innovation, ranging from stone carving and antique buildings to machines such as steam engines or contemporary feats of engineering in steel and other modern materials. This breadth of interests can be seen in work from visits he made to France in the 1970s, when he recorded such sites as the Château de Maintenon and the recently completed Centre Pompidou. In another project of the 1970s, Benson photographed grave markers in the Common Burying Ground in his hometown of Newport, Rhode Island. He was the son and brother of celebrated stone carvers, and these pictures reflect his desire to document not only this antique art form, but also his developing ideas about the continual evolution of human technology which, in his thinking, comprised everything from language to microchips.

During this same decade Benson also made sensitive portraits of friends and family members—most notably his wife, Barbara Benson—and views of interiors and townscapes that often stand as indirect portraits of anonymous subjects. Numerous family portraits are presented throughout the exhibition and a concentrated grouping appears in the first galleries.

In the late ’70s and early ’80s, Benson made several trips to Puerto Rico. Included in the exhibition are his records of an antique steam engine he discovered on an old sugar plantation, Scottish Engine, Puerto Rico, c. 1980, and a variety of portraits and landscapes that represent the unique characteristics of the island. Luquillo Woman, Puerto Rico (c. 1980), is representative of the candid pictures he captured during these visits.

Benson embarked on his most ambitious book project in 1981, dedicated to the Gilman Paper Company Collection. It was considered to be one of the most important private photography collections ever assembled and included rare nineteenth-century prints in diverse processes as well as works by noted twentieth-century photographers such as Diane Arbus, Henri Cartier-Bresson, and Alfred Stieglitz, among others. Benson’s efforts to make the reproductions in this book by using offset lithography, printing each sheet up to six times in order to achieve specific print tonalities, remain unmatched. Spreads from the book, Photographs from the Collection of the Gilman Paper Company, will be on view in the exhibition. Displayed in cases are other notable books on which he worked including Lay This Laurel (Benson and Lincoln Kirstein); The American Monument (Lee Friedlander); The Face of Lincoln (James Mellon); O, Write My Name (a portfolio of Benson photogravures from Carl Van Vechten photographs); Paul Strand prints of Wall Street and Wild Iris, Maine; and three later Benson books, A Maritime Album, The Printed Picture, and North South East West.

As his reputation as an innovator in printing processes grew, so too did his influence. In 1986, following the success of the Gilman Paper Company Collection project, Benson was awarded both his second Guggenheim Fellowship and a MacArthur Fellowship. Seven years earlier, in 1979, Benson had begun teaching at Yale University, where he would become a professor and later Dean of the Art School. His idiosyncratic teaching style is described by the noted artist An-My Lê, who reflects in her essay: “His lectures were dazzling with information, but we were chided for taking notes. This was in line with this wanting us to think for ourselves and not passively absorb information that was thrown at us. As I have progressed in my work over the years, I have come to realize that one of Richard’s most important lessons was about humility.”

Another section of the exhibition will be devoted to his work in color photography. Benson had avoided color photography through much of his career, in part because of the unreliability of color processes. But with the emergence of digital photography in the 1990s, he embraced working in color, leading to the creation of an extraordinary body of pictures. Three works known as “photographs in paint” will be shown with two chromogenic prints from the 1990s to demonstrate his shift from offset lithography to inkjet printing. Moving into the early 2000s, Benson would fully deploy color into his photographic practice. This shift can be seen in the examples of his pictures taken on the road in Georgia (2007), Texas (2008), Ohio (2009), and even Apples for John (2007).

The exhibition is organized by Peter Barberie, the Brodsky Curator of Photographs, Alfred Stieglitz Center, Philadelphia Museum of Art, who also edited the book that accompanies the exhibition. Barberie said: “In the photography world, Benson is highly regarded as a printer and teacher, but never before has there been an in-depth survey to explore his own photographs, which are challenging, difficult, and beautiful representations of everyday life. His free-thinking blend of traditional craftsmanship, cutting-edge technology, and human empathy resulted in a unique and powerful body of work, and I am gratified to bring his important contributions to photography to audiences in Philadelphia and beyond.”

Friday, October 1, 3:30–5:00 p.m.
In this virtual talk, hear from artists who studied with Richard Benson, an extraordinary photographer, master printer, and mentor who helped shape many of the greatest photography books of the past fifty years. They’ll explore the impact of Benson on their practices in a conversation moderated by curator Peter Barberie and Sarah Stolfa of the Philadelphia Photo Arts Center (PPAC).

This program was organized in collaboration with PPAC and celebrates the opening of its exhibition Object Lesson and Richard Benson: The World Is Smarter Than You Are at the museum.

Curator Peter Barberie and Sarah Meister, Executive Director of Aperture Foundation, discuss the life and work of photographer Richard Benson. This virtual conversation will be streamed via Zoom Webinar.

Further programming will be confirmed at a later date.

The first major survey of Benson’s photography, this volume features works from the gift complemented by important prints from other collections and comparative illustrations from several of the photography books Benson helped produce in his career. It includes a critical and historical essay about Benson’s photography by Peter Barberie. Artist An-My Lê has written an essay about her memories of her teacher and friend. Publication date: September 2021 (160 pages; $45.00).

Richard Benson spent much of his life in Newport, Rhode Island, where he grew up. His father, John Howard Benson (1901–1956), was a noted stone carver and calligrapher who in 1927 acquired the John Stevens Shop, which had been in operation since 1705. It became under the elder Benson’s direction a nationally celebrated firm for monumental lettering. Known by his nickname “Chip,” Richard occupied a workshop at the back of their house, where he pursued his craft and tinkered with a variety of creative pursuits including antique vehicles.

In 1961 he enrolled at Brown University but left after one semester before serving for three years in the Navy, studying at its Optical Repair School. He also took courses at the Art Students League in New York City. In 1966, after marrying Barbara Murray, he obtained a job at Meriden Gravure, a printing company in Connecticut that would expose him to the highest levels of craft in printing and set the course for his career in books and photography.

During his years teaching at Yale University School of Art, where he served as dean from 1996 to 2006, he mentored both younger colleagues and a generation of art students—many of whom recall his teaching as a formative experience.

Among the exceptional books he contributed to produce are Lee Friedlander’s American Monument (1976); The Work of Atget (4 vols., 1981–85); Photographs from the Gilman Paper Company Collection (1981–1986). His own books include The Printed Picture (2008), a history of photographic printing, and North, South, East, West (2011), a collection of his photographs.

About the Promised Gift

In 2015, William H. and Elizabeth Ann Kahane, collectors and close friends of Richard Benson, pledged a promised gift of 180 of Benson’s works to the Philadelphia Museum of Art, which fulfilled a commitment they had made to the artist to keep a significant body of his work intact as a single collection. The exhibition and the publication have been six years in the making.

Richard Benson: The World Is Smarter Than You Are has been made possible thanks to the promised gift from William M. and Elizabeth Kahane of a collection of 180 works by Richard Benson. The exhibition was supported by the Lois G. and Julian A. Brodsky Installation and Exhibition Fund, Mr. and Mrs. S. Matthews V. Hamilton, Jr. and Mr. and Mrs. Daniel M. Benson, Robert and Julie Jensen Bryan, Lois G. and Julian A. Brodsky, Marsha W. Rothman, and other generous donors. Support for the accompanying publication was provided by Lynne and Harold Honickman, Phillip and Edith Leonian Foundation, Barbara M. Benson, Randi and Bob Fisher, Furthermore: a program of the J. M. Kaplan Fund, William M. and Elizabeth Kahane, and an anonymous donor.

Philadelphia Museum of Art Will Present Rhythms of Nature: The Art and Design of DRIFT
PAINT THE TOWN BLUE, BLUE, BLUE
Three Major Institutions Collaborate to Present First Major Exhibition Devoted to Matisse in the 1930s
Museum Reaches First Collective Bargaining Agreement with AFSCME District Council 47
Tickets for Matisse in the 1930s are Now on Sale at the Philadelphia Museum of Art, the Only U.S. Venue
Chef Hoon Rhee Announced As New Executive Chef